In April, 2018, The Ohio Museums Association awarded the Bradford Railroad Museum with the 2017 Best Exhibition under $500,000.

If you didn’t see something with your own eyes, did it ever exist? If you never had the chance to touch it, hear it, or feel its incredible impact on the world, was it real?

For the people of Bradford, Ohio, the answer is a resounding yes.

In the early 1900’s, there was nothing that had a bigger impact on the town than the railroad. It ran through the center of Bradford, offering opportunities for employment and providing a boost to the local economy. A tragic fire coupled with the the economic troubles of the railroad industry eventually led to the decline of the railroad and its ultimate demise.

When the railroad left Bradford, it was the same people who worked its lines that also followed behind the very last train car to roll through town. Except this time they were removing the very history they once helped to build. They were tearing up the tracks, the last tangible reminder that the railroad ever existed in Bradford, Ohio.

Can you imagine? You actually can, thanks to the men and women who dedicated their time and resources to build the Bradford Railroad Museum. The railroad no longer runs through Bradford and the tracks have all been removed.  But the impact the railroad had on the town, the region and  the country are still very much alive inside the four walls of the museum housed in an historic old bank building.

While it’s true that you are not your possessions, sometimes a few prized possessions and memories  are all the people who love you have after you are gone.

For me, it’s my grandmother’s desk. The desk fits perfectly in a nook in my home as if it was custom made for that spot. While it’s true that my grandmother is not her desk, a piece of her life and her story is still here even though she is gone.

I thought of my grandmother when I walked through The Bradford Railroad Museum recently, closely studying the artifacts that contain the story of those who built the thriving railroad and dedicated their lives to a once thriving industry. Their roles are preserved, frozen in time, thanks to the men and women who kept those reminders in their attics and basements all these years. Today, there are a few remnants of the railroad visible as you pass through town: the museum and a brick switching tower. The museum has successfully kept these memories alive by telling the story of the railroad.

This is why museums matter; why they are the keepers of our stories and memories long after we are not here to tell them ourselves. As visitors, we place our trust in that preservation and unbiased story of our history. As museum designers, builders, and installers, our company is honored to play a part in keeping history alive through the stories of the men and women who left an impact on this world.

The railroad is gone, but the people who built it and dedicated their lives to its success are not. They are still very much alive in the Bradford Railroad Museum.

10 Steps to Prepare for a Successful Trade Show

Once you’ve made the decision to attend a trade show, it’s important to insure your investment is well spent and your goals are met.

Our white paper will take you through the 10 crucial steps to success. 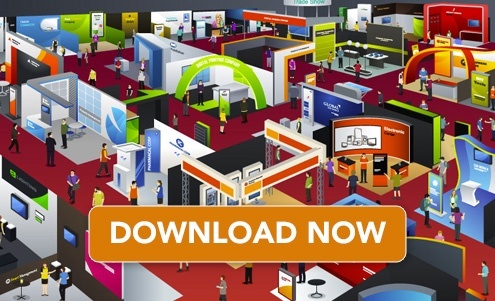