In Dayton, Ohio, flight holds major significance. Aviation pioneers Orville and Wilbur Wright developed and built their design for the world’s first successful airplane right here in Dayton. Inspired by that rich history, Dayton Children’s Hospital designed their 260,000 square-foot inpatient tower inspired by the power of flight. Not just aviation, but animals like birds and insects like dragonflies. It was a compelling, creative way to bring an element of wonder into the hospital environment.

“The theme of ‘things that fly’ is throughout the hospital in a whimsical, through a child’s eyes way,” Dayton Children’s president Deborah Feldman said. “We wanted to take out of that aviation history the sense that anything is possible, we believe in ourselves, and we believe in what we can do.”

Birds, insects, balloons, airplanes and even a super hero flying gerbil can be found throughout the hospital. Exhibit Concepts was brought onboard to produce a series of colorful artwork, graphics and murals located throughout the inpatient tower. The artwork was created in shapes like an airplane and hummingbird, using individual painted pieces that, when assembled, create an image.

“Working with Dayton Children’s Hospital has been an honor for our team,” said Michael Zehring, Project Manager for Exhibit Concepts. “When we were approached about helping to bring their ‘Flight’ theme to life in their facility, our fabricators and graphics department stepped up to create incredible light boxes, graphic panels, and three dimensional elements throughout the hospital.”

Each element was hand assembled in our facility, with two employees working together to add the painted pieces to the pre-drilled graphic substrate. After some time to prep the pieces, the team spent 26 hours assembling the dimensional elements one piece at a time. We captured the action on camera for posterity, which you can view below.

Get Your Free Creative Brief Template

Is creativity a key component of your face-to-face marketing program? It should be. Our Creative Brief Template will get you and your team started down the path to creative thinking. 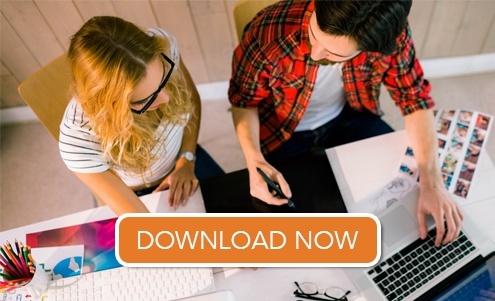